ALBION, Mendocino County – Near the end of one of the most spectacular kayaking days ever, we found ourselves caught in a tug of war between ebb tide and sea breeze. Though “breeze” hardly described gusts that brought sea kayaks to a dead stop, even with determined paddling and a 2-mph current behind us.
Closer to the shelter of a small marina, the wind let up a bit to allow paddling around to the mouth of the Albion River. There, deep in the shadow of the last wooden-truss bridge on Highway 1, came a momentary standoff between nature’s strongest forces.

With paddle at rest, the bow of my kayak swung sideways in the river, pointing due north like the needle on a compass. Wind and tide fell into equilibrium. Despite the massive, invisible forces pushing and pulling against each other as wind and water swirled under the bridge, my boat sat eerily still. It could have been the perfect ending to an amazing day – but as it turned out, there was still something left to savor. 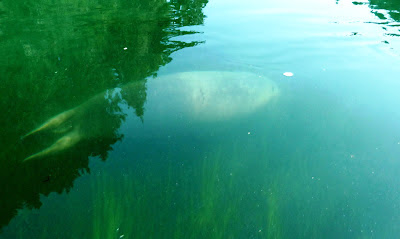 Ah, the Albion River in May – truly the stuff of kayak dreams. It began with an easy launch from the quiet side of the marina. Before we had gone a few hundred yards, our paddling pod was greeted by frisky young seals that engaged in games of “peek-a-boo” between torpedo runs under our hulls.

Just ahead, awesome forests rose hundreds of feet up hillsides that framed the emerald waterway. And against a backdrop of evergreens in the shadows, sunbeams shot across and through the lush panorama, throwing random spotlights on trees and water. 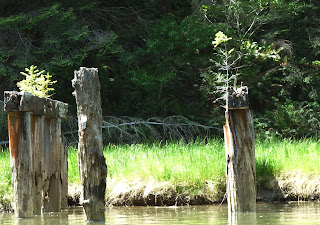 Sound unreal? Indeed. Every eye-blink presented a new picture postcard in a subtly different shade of green. The beauty became even more staggering with the realization that this place is also a testament to nature’s resilience.

Row after row of wooden pilings – poking out of the shoreline like worn and broken teeth – were a tipoff to the past.

They’re the remnants of a fascinating history that dates back to the 1850s, when lumbermen built railroads and trestles to level once-vast forests and build the foundations of modern California. (See “Launch lines” below.)


The pilings form a strange memorial to millions of trees that crashed to earth during the Gold Rush era. But on this day, it was lushly quiet, a natural cathedral with wind whispering in the spires. The kind of place that makes you want to stay, and stay even longer.
And a few people have done just that. The Albion may be home to the smallest, most remote and quirky neighborhood in Mendocino – and that’s saying something.
﻿
﻿
Like tiny fantasy islands, three unusual cottages float on the river. No one was home when we paddled by, but from the outside, it looked as if the largest and best-know place – a two-story structure featuring an upstairs hammock and large skylights– might not have seen regular occupancy in a while. 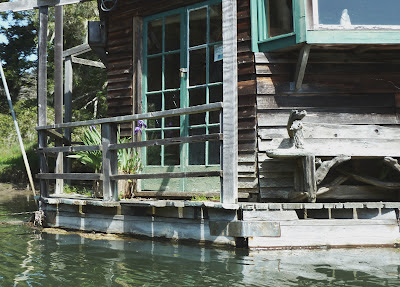 Tales of how these cabins appeared on the Albion are part of local legend and lore. Which is to say that certain legalities may have floated through maritime loopholes.
As for the residents, there are stories about a man known as Dan, a tattoo artist known as Madame Chinchilla, and guard dogs known as Chihuahuas.
And since this is Mendocino, there are still more stories about potted plants. But the only potted plants we saw were irises blooming on a porch. Downriver, on the low-rent side, an outboard was tied up at a woodsy lean-to. Looked like the perfect weekend fishing shack.
Back to more factual details. Technically, the Albion is about 18 miles long, but paddling guides describe kayak excursions of about five miles on high tide.

Riding with the flow, we managed to make it about 4.25 miles upriver in a bit more than two hours of leisurely paddling. At that point, fallen trees and narrowing banks blocked the way.

Besides, it was lunch time, and a small meadow made a good landing point. Then, as the current reversed course, so did we, being mindful of mud flats.

On the way back, we were entertained by an aerial display of ospreys, including one that kept dipping and soaring over our heads. Turned out that the aerial angler had grabbed a fish big enough to make it difficult to regain altitude. The nature show continued further downstream as seals and their pups lolled in the sun as we floated by.
And after the wind-tide standoff under the bridge, one final treat awaited. Just a few hundred yards south of the span sits the Ledford House Restaurant, a local culinary landmark for 25 years.


Fortunately for our paddle pod, NorCal Yak pal Trudy is a longtime friend of the owners, who graciously held a large table for us on a busy Saturday night. Seafood, steaks, pasta, salads, appetizers, desserts – all artfully presented and thoroughly savored by hungry paddlers. Co-owner and chef Lisa Geer pointed to fresh herbs – and herb flowers – from the restaurant garden as a special touch on Ledford House dishes.


Another nice touch was the spectacular view. After dinner, we reflected on our paddle trip while watching sunset from the Ledford House deck. A glowing end to a golden day.
LAUNCH LINES
More Mendocino river photos here.


The Albion River is about six miles south of Mendocino, and the road down to the marina and launch point is on the north side of the bridge. Knowledgeable paddlers recommend spring or fall trips, as wind can be a factor in the summer.
We met a friendly couple at the office of the Albion River Campground and Marina who directed us to a good launch site with convenient parking. (Cost is $5 per boat.) That includes access to campground restrooms and showers. Some other NorCal Yak pals who have paddled the Albion several times and take along a trailer like nearby Schooner’s Landing, which has its own launch.
Mendocino County has an excellent tourism site featuring accommodations, special events, and more. 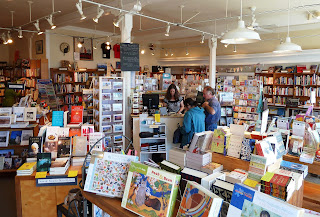 To learn more about early Mendocino history and logging along the rivers, check out the Gallery Bookshop in the village of Mendocino. A nice view from there, too.